the season of Lent to Easter

Lent is the six week period leading up to Easter, beginning on Ash Wednesday (which is February 17 this year). It is a season of spiritual preparation before Easter during which time many Christians observe a period of fasting, repentance, moderation, self-denial, and spiritual discipline. Lent invites us to make our minds and hearts ready for remembering Jesus’ life, death and resurrection. This year we have curated some opportunities to both walk alongside Jesus and to ask Jesus to walk alongside us during these 40 days of Lent. Through the stations of the cross in our digital guided tour of the story of Jesus’ final hours and an ongoing video devotional series on social media, we hope you run into the perfect love of God and that He fills you to overflow. He is present, He is faithful, and He is with us!

Scroll down to find everything we have going during this season of Lent to Easter!

Stations in the Street Through April 30

Stations in the street is an art installation which takes us on a journey through the stations of the cross. Created by Austin area artist Scott Erickson, the collection will be available to walk though at your leisure in the Monte Vista Chapel courtyard beginning on Ash Wednesday March 2  and will remain through April 30.  Download the iPhone app in the Apple store by clicking HERE or on Google play for Android by clicking HERE. 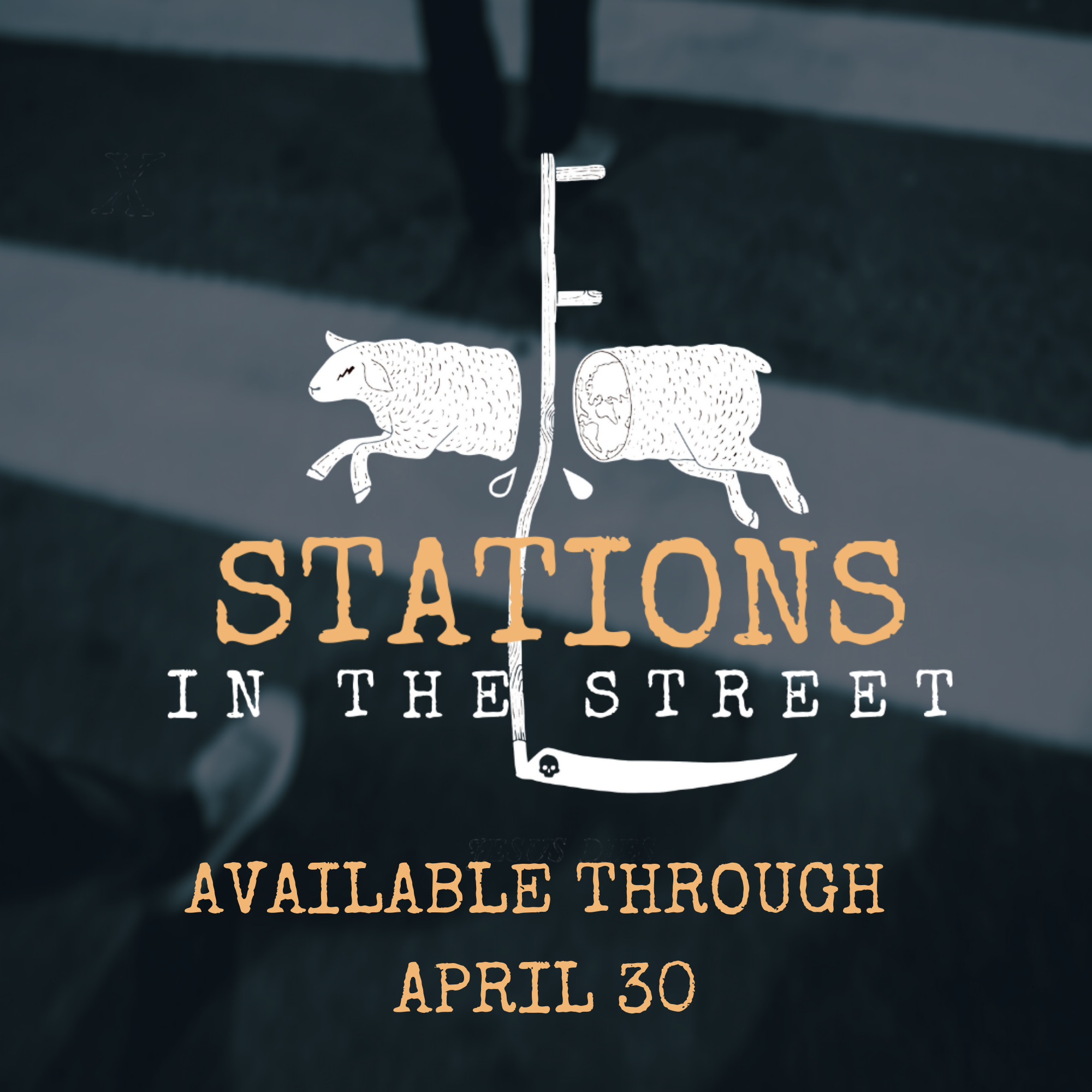 A Statement from the Artist

The Stations of the Cross began as a remembrance that pilgrims had when they were retracing Jesus’ finals steps in Jerusalem up to the hill where He was crucified. Wanting to share that practice and experience with people who couldn’t make the trip to Jerusalem, they created local stations of meditation that became in itself a tradition. You can find this tradition on the inside of many churches still today.

This journey to the cross is not only a meditation of Jesus accomplishing what He came to do – the redemption of humanity through His own willful sacrifice – but it’s also a contemplation of Jesus silently participating in some of the worst aspects of being human. We see Him being tempted to give up. Being betrayed by a friend. Being convicted in an unjust political system. Physical pain. Mockery. Public humiliation. Broken family relationships. And one of our greatest fears… having to die. These are all aspects of human life that He was not insulated from. In fact on the cross He quotes King David saying “My God My God, Why have you forsaken me?”… as if to say ”Why is it like this?” He was one who was not separate from our own suffering.

Many of us feel the weight of anxiety and fear as we journey through the current world. We are told many narratives of how it is and what is to come. During this season of Lent, we as a community look to the life and teachings of Jesus. We think that One who was in the midst of such political and empirical turmoil, who spoke the words of “Be not afraid”… and “Come to me all you are weary and carrying a heavy load, for I will give you rest”… is someone who can illuminate our desperate viewpoint.

These stations are a cross-section of elements, ideas, and objects from Jesus’ journey to the cross. As you work through these stations, may you see that we are not troubled guests in this world… that we are not forsaken… and that the good news of this season was expressed best by Jesus when He said… “I have told you these things so that in me you may have peace. In this world you will have trouble. But take heart! I have overcome the world.” #stationsinthestreet scottericksonart.com

Let’s Turn Give Up into Give! Now

Follow our Lenten Devotional Series on Social Media Through April 8!

This year lets turn “Give up” into “Give”! What would it look like if we expanded our lenten fasting into an abundance of God’s goodness, grace and love in our community this year? Follow mvcturlock on Facebook and Instagram to have our devotional series sent to you each Monday, Wednesday and Friday during Lent. Based on many of the ways we often practice a lenten fast to come closer to God during the season leading up to Easter. These short video devotionals will challenge thought and action, spurring us to ask God for creativity in sharing His light and life to those around us. As He pours into us, we can pour into others and see the kingdom move right here in amazing ways!